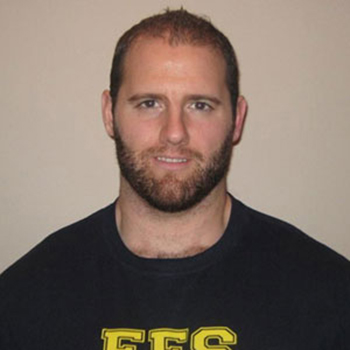 It may have started out as a one-on-one meeting, more like a chance to review things.

But when it was over, Andrew Flatt left the office of his high school Principal, Paul Paradiso, with a much better understanding of his future â one that would result in huge success and personal growth.

Looking back, and recalling that session, Flatt said he owes a great deal of gratitude for what occurred that day. However, he deserves the credit, too.

It was Flattâs ability to focus on a career, one that he enjoys these days dealing with interpreting the research and technology of heart rate variability as it pertains to professional and amateur athletes.

As one of Villanovaâs original students, Flatt categorized himself, back then, as being similar to many youngsters his age. There were some individuals who dealt with personal issues, others were not as keen on academics and another challenge was a general attitude that lacked enthusiasm. He had a taste of each.

âI didnât apply myself, didnât care - I was a teenager,â recalled Flatt. âI remember being called down to the office that morning â and also being very curious. After talking with Mr. Paradiso, I left a different person. He put things in perspective and I learned a great deal. My outlook changed, I was less negative and disruptive. It may have been one of the most important times in my life.â

Flatt, also a multi-sport athlete and chosen Villanovaâs Most Valuable Player in several sports, graduated from Villanova, but said he didnât have the qualifying grades required for post-secondary studies in Kinesiology â a topic of extreme interest.

But, not giving up, he took an alternative route. Accepted to Wilfrid Laurier University, a determined, focussed and matured Flatt, went on to earn a Bachelor of Arts Degree in Arts. While at Laurier, he had a craving for extracurricular activities and was a defensive lineman on the 2005 football team that won the Vanier Cup â a symbol of university gridiron supremacy in Canada.

âWhen I was 15 years old, around Grade 8 or 9, I got a job at a gym and was quite muscular,â he said. âI had wanted to improve my performance in sport, but everything started to fall in place when the subjects became appealing to me.

âMy four years at Laurier were great, I got very motivated and realized that there were other university programs that appealed to me,â said Flatt. âI did lots of reading. Learned lots about nutrition, anatomy and physiology â things that appealed to me.â

Flatt was nowhere finished. His road to destiny and achievement had just started. With a strong loyalty to Villanova, he returned to the King City-based College to work in the Fitness Centre and as assistant coach with the Varsity Football team.

After taking a few years off, Flatt used that time to work as Strength and Conditioning Coach, developing and implementing training programs for high performance athletes. And there was more, winning the 2010 Canadian National Amateur Powerlifting championship.

Then, it was back to the classroom earning a Master of Science Degree at California University of Pennsylvania and now heâs capped a remarkable pursuit of education excellence with a Doctorate of Philosophy from the University of Alabama.

âThe plan is to work with either a pro or elite College team, maybe a technology company that creates and sells heart rate variability tools or maybe go the route of a Professor analysing data for professional, Olympic or College teams,â he said. âMy niche is in the area of heart rhythms â and itâs a subject that has the attention of scientists around the world.â

A presenter and lecturer at several universities in the United States, Flatt developed a passion for learning and studying subjects that interested him â and his grade averages at the Masters and PhD level, have been at the academic honour level.

Now, that his formal studies have ended, and with a few more letters of academic excellence and âDoctorateâ added to his signature block, Flattâs journey to prominence has taken a bold new step forward. Gone, but never forgotten, will always be the time to reminisce about those early days at Villanova.