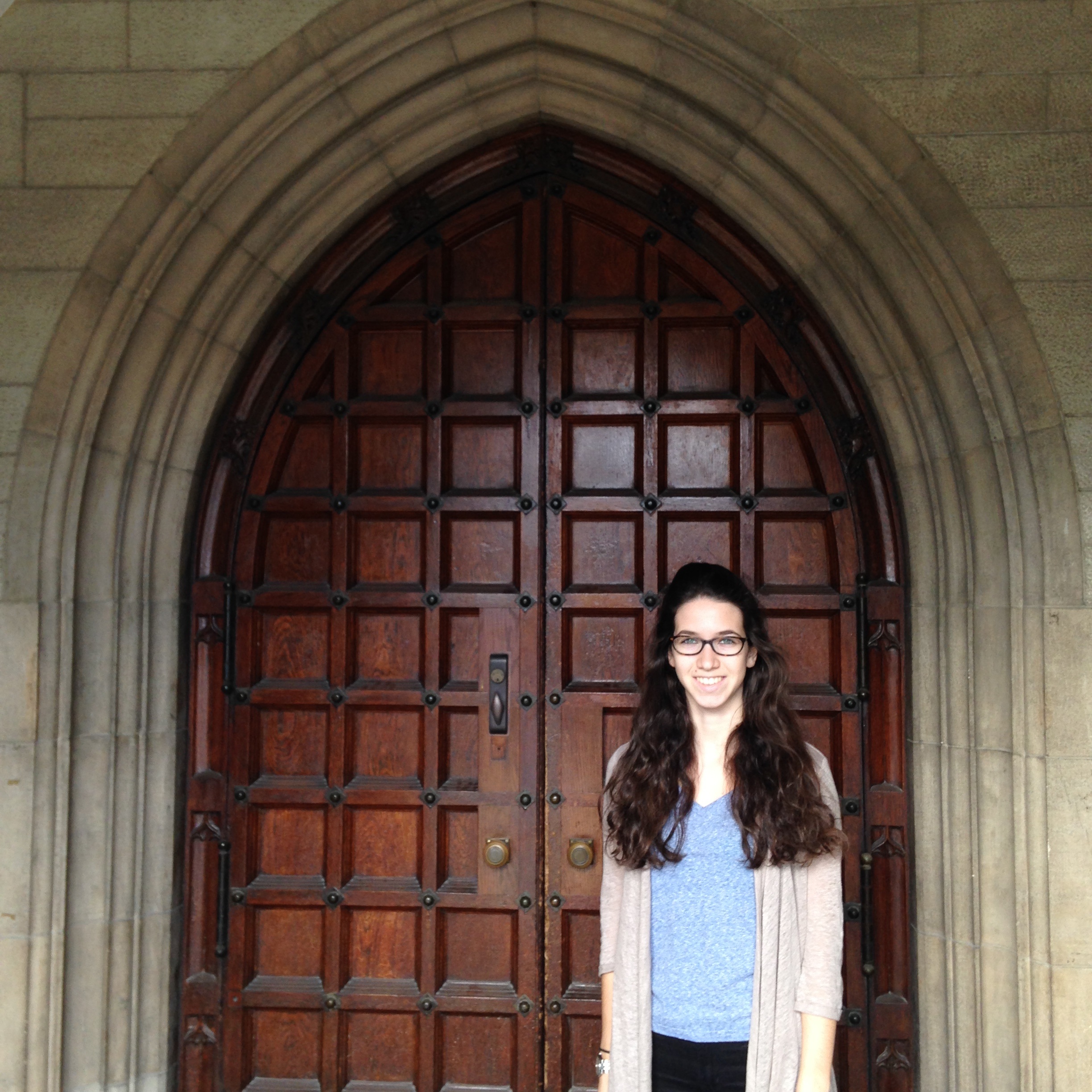 There was a time when Mollie Bianchi thought about becoming a paleontologist and devoting time to scrutinize the geological past.

For Bianchi, exploring the idea of a career that involved studying the history of life from prehistoric humans, vertebrae fossils and the bone structures of primitive animals had promise and probability.

Intrigued by many things, Bianchi has moved on from that â at least for now.

An honors graduate of Villanova College, and now studying at the University of Toronto after being selected a National Scholar and the benefactor of a four year tuition-free academic award, Bianchiâs teenage intuitiveness also involved contemplating careers as a teacher, a lawyer, a marine biologist and even, ready for this, as a future Prime Minister of Canada.

Exuberant and articulate, Bianchi is what some might call a luminary and one of those rare individuals blessed with intelligence and creativity mixed with commitment and determination.

âI am interested in the mechanical and computer aspects of robotics,â said Bianchi, who has a thirst for knowledge that includes things such as astrophysics. âThe environment is not doing well and we need to live better with more sustainable ways.â

Bianchi doesnât need anyone to remind her about the importance of a sound education, her future and the road that lies ahead. Itâs one step at a time and the focus is in Engineering Sciences and pursing studies in aerospace and animatronics â something that is defined as operating life-like robots.

âThere is just so much to learn and thatâs what I enjoy,â said Bianchi who, with her face painted in Villanova colors, reached celebrity status after being featured in a Villanova promotional media photo. 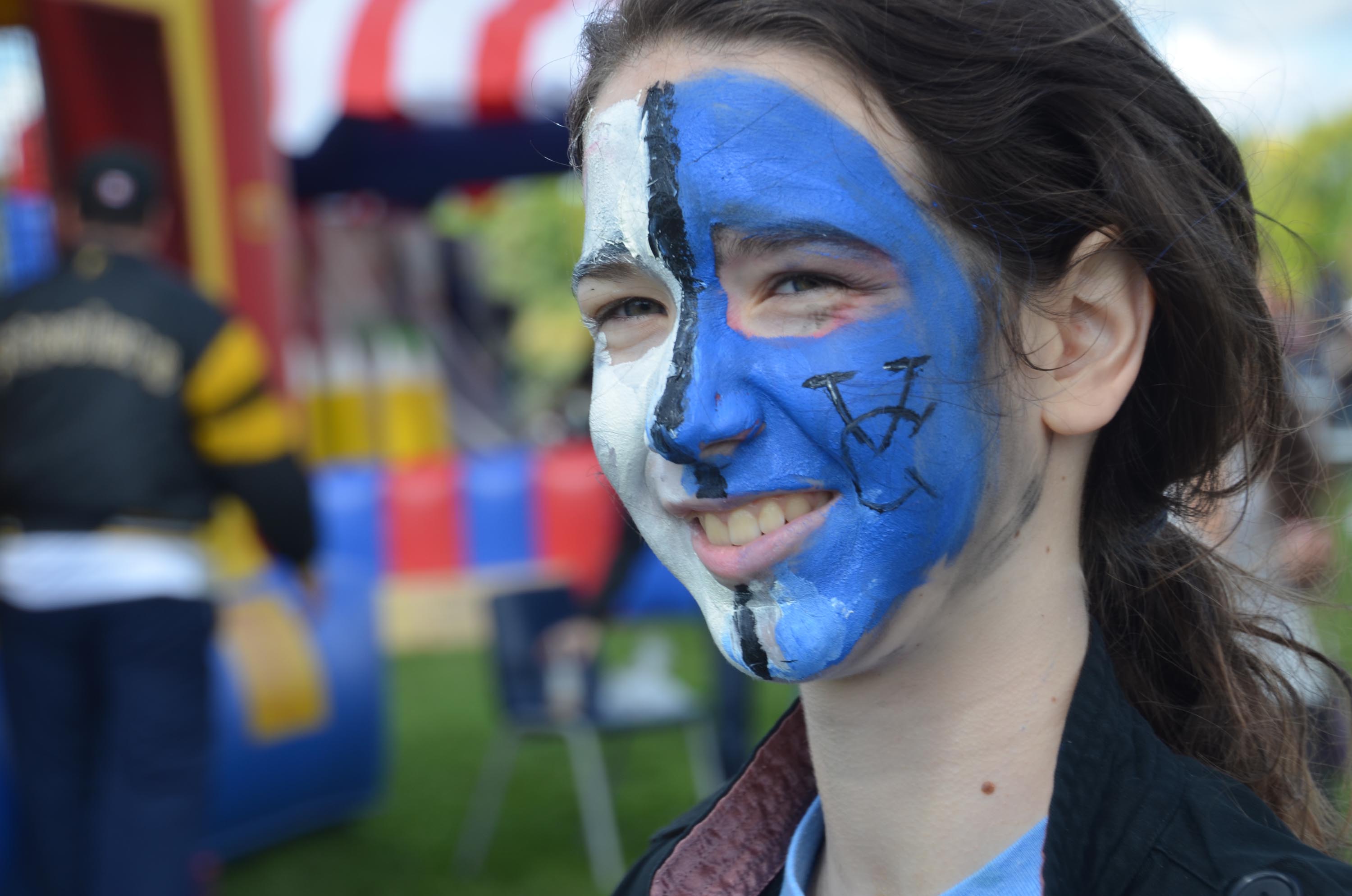 Not a day goes by and Bianchi pauses to reflect on how fortunate she is to have benefitted from her days at Villanova, energized with a bright focus on career development and having been a benefactor from a group of educators, friends and family.

âVillanova was great â itâs something Iâll never forget,â said Bianchi, who played alto sax in the school concert band while devoting other time to providing food and clothing to the homeless in downtown Toronto. âIn many cases, human nature is such that when people are fine, you donât always look around and think about how unfortunate others might be.â 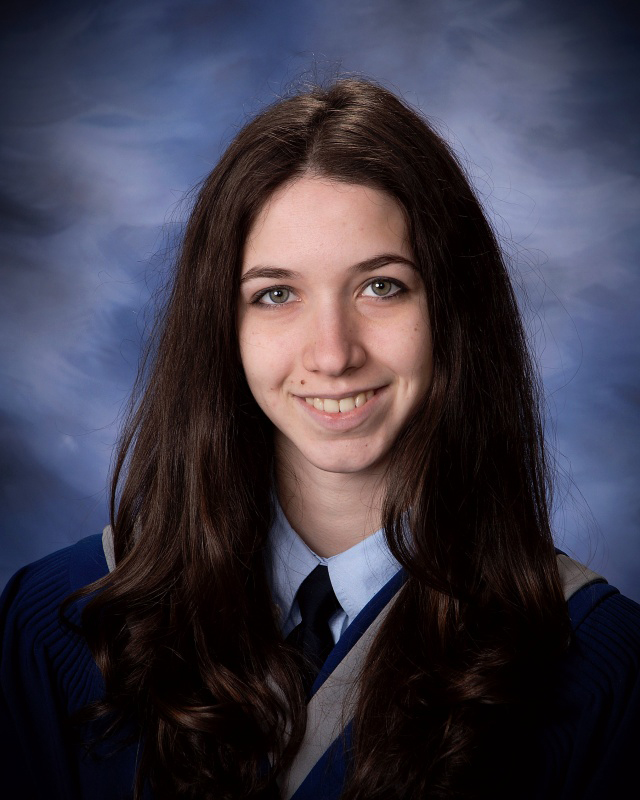 Having recorded the highest academic average at Villanova, and the recipient of numerous awards, from a perfect score at the University of Waterloo's Canadian Computing Competition to brilliance in a U of T National Book competition.

Bianchi vividly recalls the initial visit to the private high school in King City â and realizing that would be her choice of studies.

âI went from an elementary school in Barrie, and a place where I really felt that I wasnât challenged enough to Villanova where the teachers were wonderful, everyone was friendly and it was like being around another family,â she said. âI told my father that education was super important to me and he could tell, with how I felt about Villanova, that I had found the right place.â

A year before switching to Villanova, Bianchi won a medal and two scholarships after impressing officials with her Automotive Wind-driven Generator at the Simcoe County Regional Science competition.

Among the many other achievements, Bianchi did extremely well at a Canada-wide Science Fair and was the recipient of an award from the University of Western Ontario. In 2015, she was the beneficiary of the Governor General of Canada Academic Medal.

Driven to succeed and devoted to her studies, Bianchi is focussed and can carry out a conversation on electrical and mechanical engineering to the benefits of windmills and energy.

Playing some soccer at Villanova in Grade 8, Bianchi realized sport was down the list of items that appealed to her. So, she traded in the round ball and running shoes to learn more about some fascinating topics that include avionics and electronic components, and is pursuing those areas as a member of U of T's Aerospace Team at U of Tâs Institute for Aerospace Studies.

As for what lies ahead, Bianchi has an answer for that, too. How about working at the National Aeronautics and Space Administration (NASA) or in animatronics at a place like Walt Disney World?
GivingOnline Donation Form