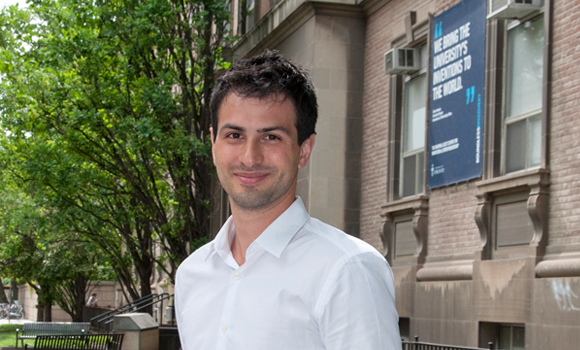 Marc Fiume remembers taking time to carefully explain to his parents what he does for a living.

Articulate, well spoken and intellectually bright, things became a lot clearer for the Villanova College graduate, after mentioning that it had to do with âan opportunity to use technology to change the way we diagnose and treat diseasesâ.

After nine years of intense studies at the University of Toronto, where he earned Bachelors and Masters Degrees in Sciences and a Doctorate in Computer Sciences, his educational brilliance and interest led Fiume to choose a future in genomics.

Now, a self-proclaimed entrepreneur, researcher, and thought-leader, heâs focused on a field that is defined as the study of genes, DNA and the advancing field in life sciences.

For Fiume, itâs all about accelerating disease research and precision medicine.

âMy grandmother died of lung cancer and my best friend has cystic fibrosis - what I am doing is also very personal,â he said. âFor me, itâs how can I make an impact on people by getting involved in looking for ways to save more lives.â

Fiume is a co-founder of DNAStack â a Toronto-based business that is focussed on data sharing and the exchange of knowledge. Optimistic in many ways, he is hoping for a quicker understanding of genomics that will help in finding cures for diseases such as cancer.

âItâs an opportunity to use technology to change the way we diagnose and treat diseases,â said Fiume, an honest and collaborative individual who remains positive and determined.

âWe want to be a compliment to the daily routine of doctors by using the latest analysis in genomics to be shared by medical professionals and others.â

For Fiume, his interest in genomics may well have started at Villanova â during biology, chemistry and computer technology classes in his Grade 11 and 12 years.

âI went to Villanova for my last two years of high school and found the classes to be more challenging, more interesting â and just more informative,â said Fiume, who wasnât entirely focussed on academic studies.

He helped design the template for the Villanova yearbook that, he thinks, the school may still be following, really enjoyed the spiritual retreats, and also played hockey when Alex Pietrangelo was on the school team.

âMy passion was more along the line of genetics, heredity and living organisms,â said Fiume, who developed friendships with many including a multi-sport athlete and Villanova sweetheart, Andrea Kirou-Mauro, who he married on the campus near the school at Our Lady of Grace Shrine and were blessed with their first child and future Villanova grad, Alex in October.

Fiume, along with others, believes that by targeting specific genetically based diseases, fighting them can be more effective by doctors, specialists and scientists.

While finding the genetic causes of disease has been described as trying to find a needle in a haystack, Fiume is hoping to be among those developing technologies that treat the causes of abnormalities. 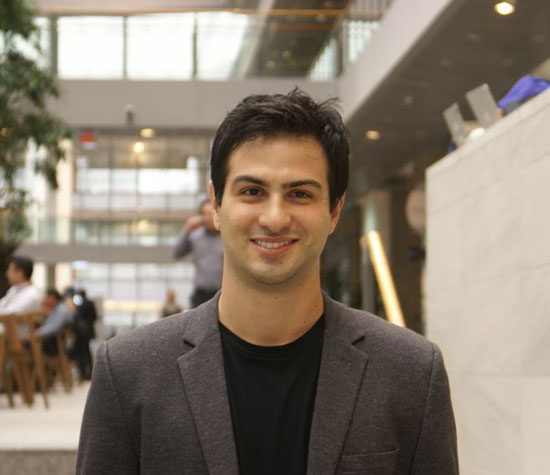 âPeople want more information and the next wave is for more personalized and precise data,â he said.

âI hope we play a small part in changing the way medicine is done and have more of a global impact. But our biggest challenge is changing the culture of how people view privacy. It can be contentious but, by sharing information, disease doesnât discriminate and we may be able to make life better.â