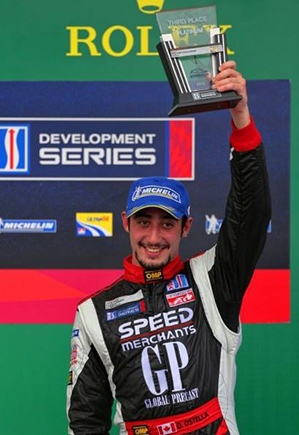 British author Aldous Huxley wrote that "speed provides the one genuinely modern pleasure." If there is anyone who knows about speed, it's VC alum David Ostella (VC10).

When asked how many speeding tickets he has amassed since getting his license, David laughs. "Let's just say quite a few." It might not come as much of a surprise that someone who is used to driving at speeds of 300 km/h on the Indie Lights racetrack might have some difficulty getting used to speed limits and traffic on Hwys 400 and 401.

Anyone who knows David knows that he loves cars. He started racing go-karts at eight years old. A natural behind the wheel, he raced in North America and Europe as a young teenager. David made the switch from go-karts to open wheel racing in 2008. Since then, he has solidified his place as a top contender on the North American Indie racing stage. He credits much of his success to his family, including brother John-Michael (VC08), and sisters Nicole (VC12) and Vanessa (VC15). "My family has always been such a support for me, really putting a lot of time, energy, and financial support into helping me start my career," he says.

2013 was an incredible year for David's career. He made the switch from open-wheel to sports car racing, and did so incredibly well by securing first place at the 12 Hours of Sebring in March. Although there are multiple drivers who split the 12 hour stint from dusk until dawn, David can boast having driven 7 of the 12 hours. 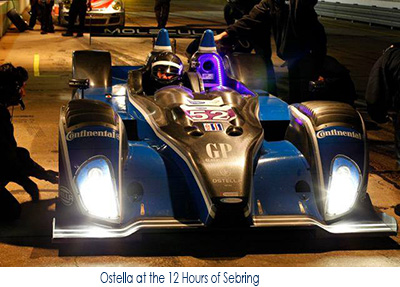 As the season continued, he travelled across Canada to compete in the Canadian Porsche GT3 Cup Series, ultimately walking away with the championship title. In one round, he mounted the podium at the Grand Prix du Canada in front of a Formula 1 crowd. David's successes have not been confined to the Canadian track. He has also travelled south of the border where he took the podium for his performance in the Grand Prix of Baltimore.First Place Finish at the 12 Hours of Sebring

So what's next for this decorated racer? In 2014, David is looking for sponsors to help him reach his dream of participating in the Tudor United Sports car Championship, which is the highest form of speed car racing in North America.

David will also be shifting gears in January, as he heads back to school! He will be studying Business Management part-time at York University, and hopes to apply to law school in a couple of years. "Even though I love racing, I want to plan for another career, too. It's important to have options, to not only rely on racing," he says. One of David's favourite VC memories is of his Grade 12 World Issues class with Mr. Lambert. "We learned a lot about different issues in the world, but I also feel like I learned a lot about myself in that class." He particularly remembers watching a documentary about 9-11, and that afterwards, in the class discussion, he realized he did not share the same opinion as almost everyone else in the class. He posits that, and Mr. Lambert's support of his opinion, as a defining moment in which he learned the importance of being his own person and being true to his beliefs. 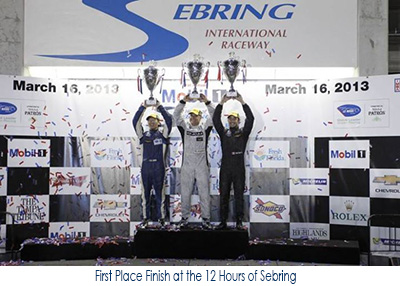 His advice to VC students is to "have no regrets and follow your dreams for as long as you can, even if you don't think they're possible. Sometimes I still can't believe where I am and that I'm racing in events I could only dream of as a kid!"

His message to the VC family: "Thank you! I honestly couldn't have asked for a better school. I can't thank you enough for always supporting me in my goals, and for accommodating my dreams outside of school."

Congrats on such an amazing year, David! You have made your VC family incredibly proud. We can't wait to hear about all of the great things we know you will accomplish in the future!

Be sure to visit www.davidostella.com to keep updated on his career and accomplishments!
GivingOnline Donation Form