Villanova College Breaks Fundraising Record While Honouring One of Their Own 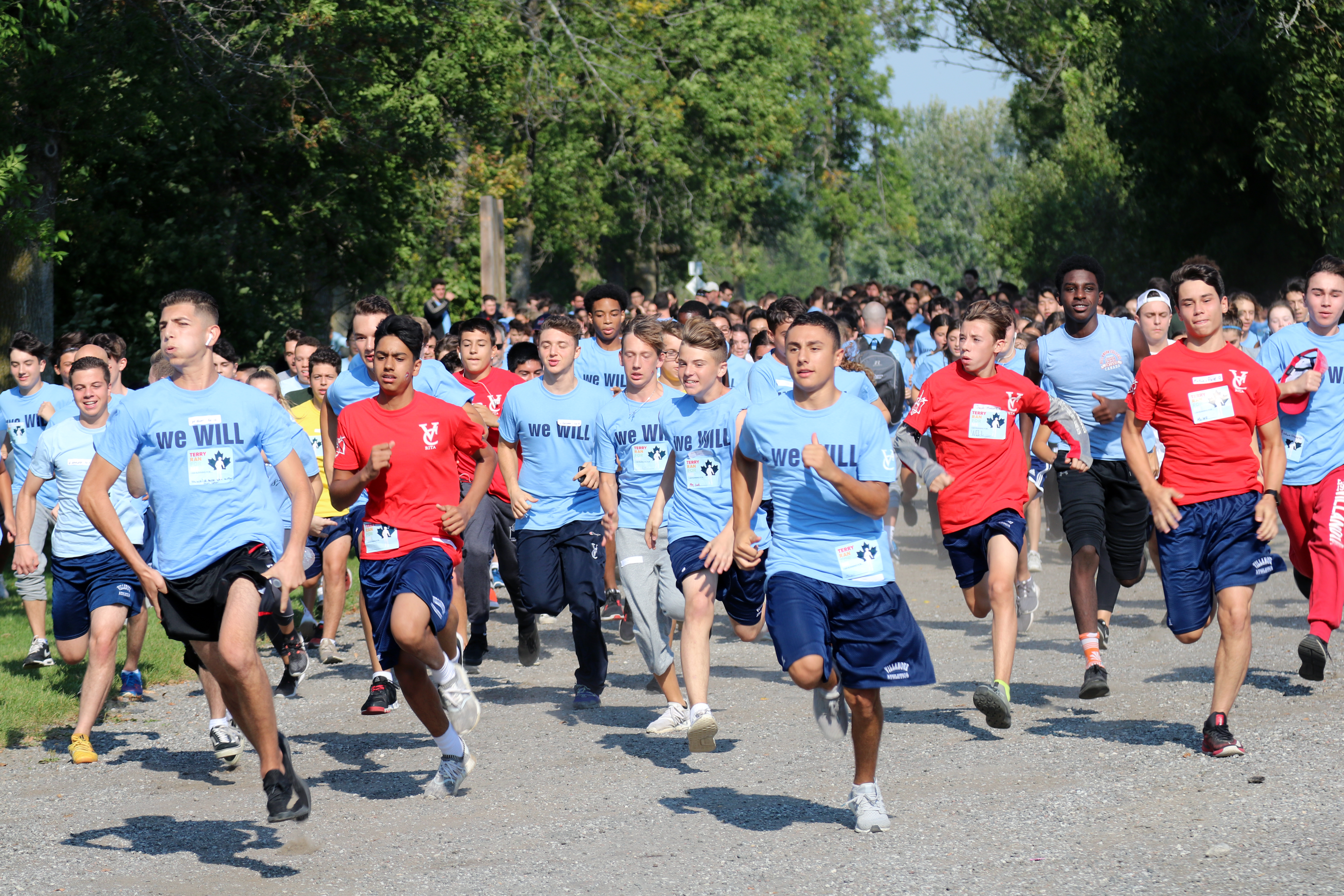 The Terry Fox School Run Day is always a special day in the calendar for Villanova College. In the 14 years since it began participating in the annual event, the independent school, located in King City, has consistently placed among the top 20 high schools in the province for its impressive fundraising efforts. This year's run was another resounding success while taking on a whole new depth of significance.

In August, the Villanova community suffered a great loss when Elizabeth (Beth) Will, a well-loved teacher and coach, lost a brief battle with Non-Hodgkins lymphoma. Needless to say, this was devastating to Ms Will's students, colleagues and family who knew her as a compassionate teacher, inspirational coach and empathetic friend. Ms Will was a strong supporter of the Terry Fox Foundation and one of the leading organizers of the school's annual Terry Fox Run so it was a natural fit to honour her in a special way this year. 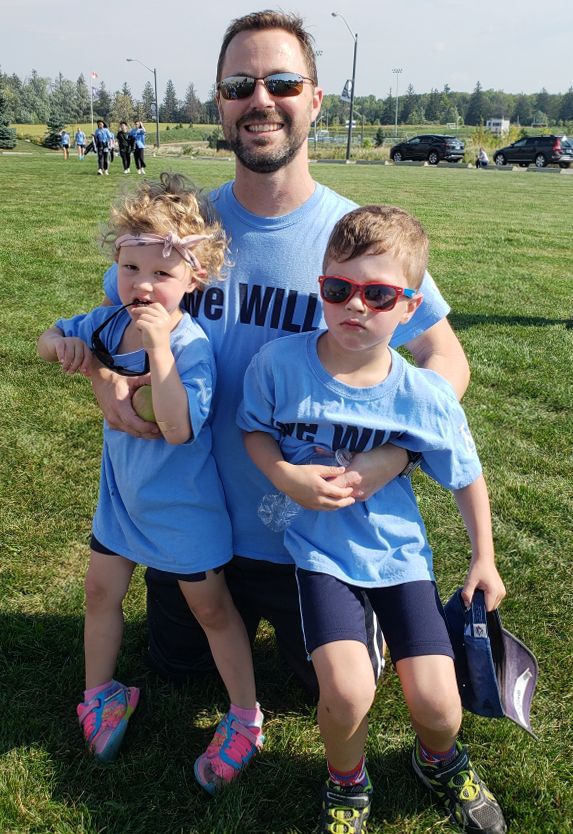 The faculty, staff, parent and alumni community did so wholeheartedly and in two significant ways. Over 500 "We WILL" t-shirts were sold prior to the run to support the Beth Will Sophomore Scholarship. Established by her family and Villanova College, this award honours the memory of Beth Will, who, over her years at the school, was a dedicated teacher, coach and role model for young, female student-athletes. The award recognizes and celebrates a female student-athlete, who, during her freshman year, demonstrated leadership through her commitment to her studies, teammates, athletic pursuits and the values of Villanova College. The recipient must have successfully completed her freshman studies with a minimum grade average of 80%, competed in at least two team or individual sports, and be enrolled in the Health and Physical Education course in her sophomore year. This two-thousand-dollar scholarship will be awarded at the school's annual Terry Fox Run.

Stuart Stanbury, Ms. Will's colleague and co-organizer of the Terry Fox Run in past years, challenged the VC community to raise more money for this year's run than it had ever before, making it clear that he wanted to break the school's previous fundraising record of $36,000. With a new determination to make cancer history and fulfill Terry's dream, the Villanova community obliterated its goal of $36,500 by 155% raising a whopping $58,000+ for the Terry Fox Foundation and bringing the school's lifetime donation to over $407,000.

However, the success of this year's run is not just measured in dollars and cents but in the sea of blue that ran the course around the school's 33-acre campus and Our Lady of Grace Shrine at Marylake. With students, teachers, parents and alumni attending in record numbers, the community demonstrated its commitment to not only honouring one of their own, but honouring all those who continue to face the battle with cancer, remembering Terry Fox's words, "It's got to keep going without me." 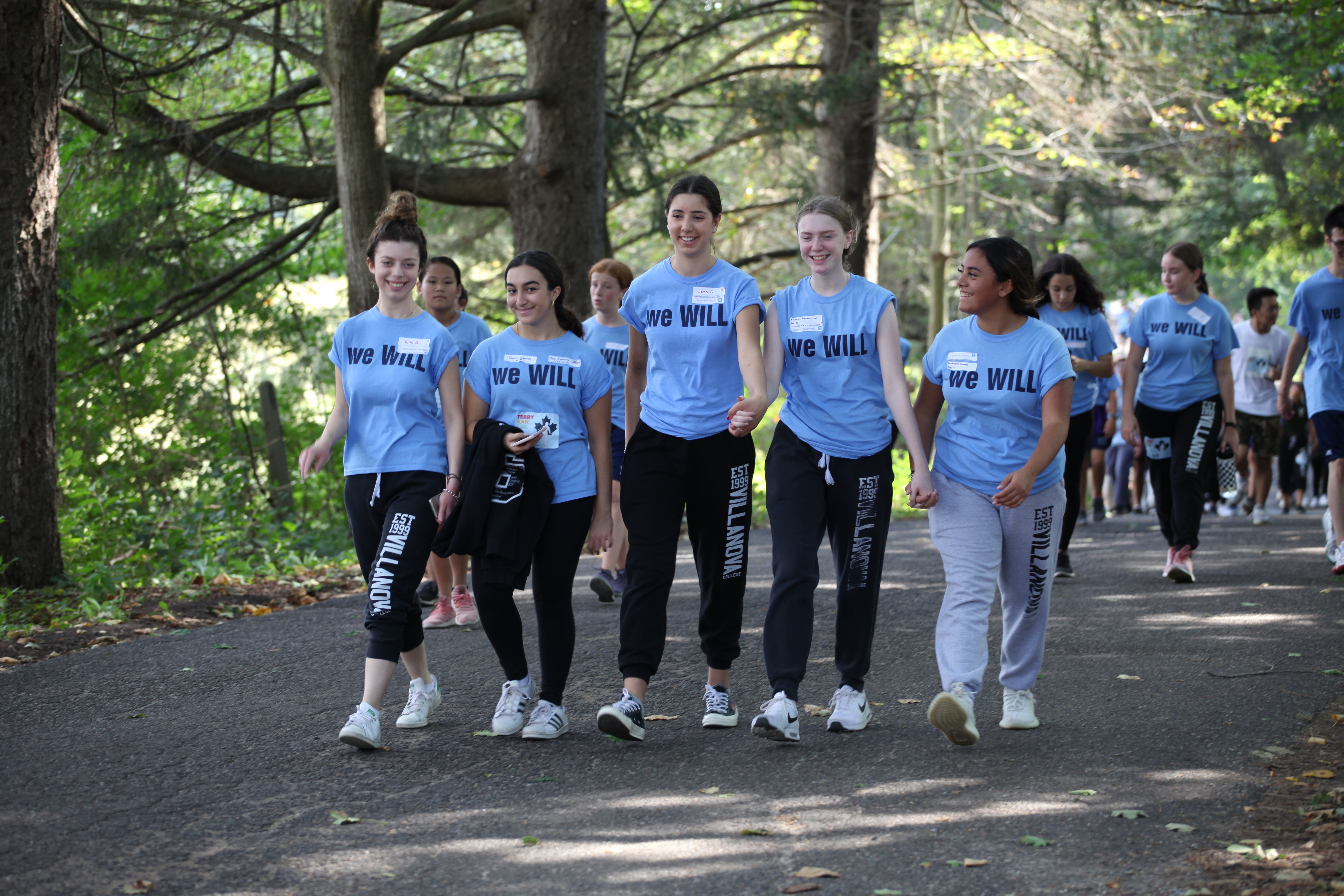